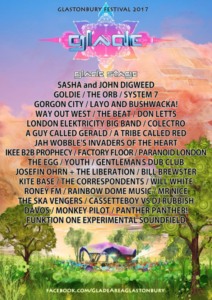 The Egg are dance technicians – they play live rocktronic, funk and house inspired big textural dance music, using electronic and live instruments with video triggers, samples and live and vocodered vocals. Their music is influenced by everything around them and inspired by artists such as Pink Floyd, Funkadelic, DFA Records, New Order, Underworld, and the shoegazing/nu-gaze scene. – Think flirting with Air, ‘a nod to George Clinton and a wink at Primal Scream’

The band are well known on the UK festival circuit, but fit just as comfortably into the club scene and recently enjoyed a worldwide hit with the massive Tocadisco electro-house remix of their Air-like ‘Walking Away’ and the David Guetta bootleg of the same track that followed. They reached no.3 in the UK charts, no.1 in Spain for 6 weeks, and enjoyed the biggest dance tune in the world overall in sales.

They have played throughout Europe, Australia and Brazil, and have recently been focusing on the USA where they completed their 6th US tour and 14th visit there in 2015. They were welcomed into the US Jam Band Scene populated by bands such as Phish, Lotus, Disco Biscuits, playing comfortably alongside the scene’s largest acts.
The band’s 4th studio album ‘Something to Do’(2012) was produced by Robin Twelftree (Tosca, Reverso 68), Benji Vaughan (producer of Forwards) & Bruno Ellingham (New Order, Goldfrapp, Mertz.). mixed by James Reynolds (Tinie Tempah). Featured Sophie barker (zero 7) again who featured on ‘walking away’ and had Singles ‘Catch’, electric city’ remixes from Psychemagik, The C-90’s , Tom Laroye