The Lotus  grew up in the suburbs of central Italy and an anger towards a decadent Country grew within them. They are proud of being Italians but actually feel more like people of a European or World multiculturalism.

This desire to combine diversity has formed the band’s genre: each member has a totally different view of music and this fact unites them instead of dividing.

Growing up in Italy, plagued by bigotry and corruption has had a profound effect on the lyrical content of The Lotus songs so far.

The Lotus have also travelled and indeed suffered for their art, ten years ago for example they were walking the streets of Los Angeles alone, with no money, playing in pubs on the outskirts. They had some beautiful moments but also tragic moments when Silvia, Luca’s girlfriend passed away in a car accident.

They also travelled to the UK in a motorhome from Italy, and at every moment, even every motorway service area they tried to sell their music at any cost, and  actually gained many fans this way. They loved the UK so much that they moved there, which difficult at first but they are now beginning to see the fruits of their labour.

‘Perfect Love’ is the bands 2nd single, it’s a song that talks about love and desire, by going through an unusual path: the guilt. As the band explain:

“The society we’re living in today has built its relational fundamentals on dogmatic hypocrisy that are the opposite to what is the root of being a human being.

In our century of pious and religious imperialism, we are forced to justify our instincts by blaming ourselves, and that makes us aliens in our own home.

So, who can tell us what is a Perfect Love? How can you escape the fruits of decay growing on us?

Truth, sharing, and understanding are the keys to free our souls.” 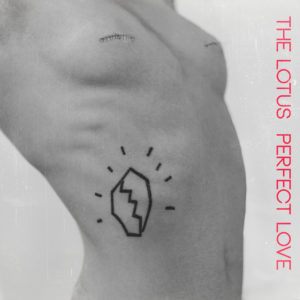